The names of this unit is taken from the names of demons: the Ialdabaoth specifically is derived from an alternative Gnostic name for the Demiurge.

The Ialdabaoth is an unusual mech, given a predominantly red color scheme, with yellow highlights for the head, hands and feet. One of its main, distinguishable features is that it sports a long, thick, grey mane from its head, acting like its hair and cape.

The Ialdabaoth is the personal 修羅神 (, Shurashin) of Shura warrior Folka Albark. As a Shura God, it drains the life energy of anyone near its cockpit and turns it into its strength. The side effect of this system is that the user and any occupants will have his/her lifespan shortened. Folka has used his Shura God numerous times, whenever he enters into combat, although he seems unfazed in the long run at the hazards his machine can do.

Much like Axel Almer's Soulgain, the Ialdabaoth sports no visible weapons. Instead, it totally relies on energy manipulations and martial art techniques. A technology similar to the Direct Motion Link System, where the mech will move according to the pilot's physical movement, is implemented into this robot. What this device is called is unknown. Complimented with Folka mastering the Machine God Fist (機神拳, Kishinken) fighting style (a fictional martial arts-like fighting style) which goes greatly with the machine, this makes the Ialdabaoth a rather fearsome machine.

When Folka discovers his new reason to live for the Shura, other than fighting, the Ialdabaoth would resonate with his newly, awakened feelings and become strengthened. Its power is exponentially greater than its original form, giving its appearance a predominantly white color, with the mane-like hair on its hair shimmering in crimson red, and its faceplate removed. As well, this full-powered form of the Ialdabaoth, known as the Ialdabaoth (Apotheosized) (ヤルダバオト(神化), Yarudabaoto (Shinka)), no longer requires life energy for strength, bringing an advantage to Folka in his fight with his enemies. 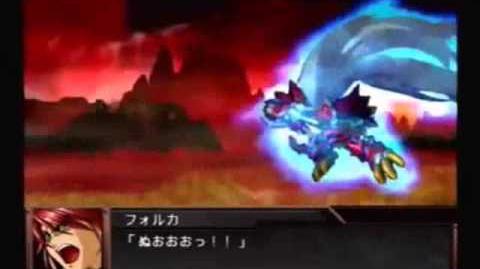 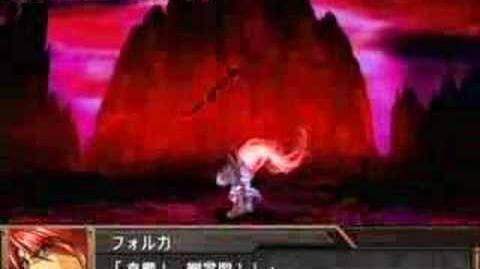