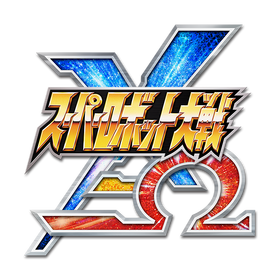 Super Robot Wars X-Ω (スーパーロボット大戦, Sūpā Robotto Taisen Kurosu Omega, "Super Robot Wars Cross Omega"), shortened as "SupCroΩ" (スパクロΩ, SupaKuroΩ) or "SupaKuro", is a game from the Super Robot Wars series released for iOS and Android mobile systems by Bandai Namco on October 5, 2015. It is free to play, but money is required for specific in-game items. The game's server was shutdown on March 30, 2021. Afterwards, a final update that will convert the app into an offline version was distributed for a limited time up to June 30, 2021.[1] The offline version is an archive containing the main scenario, some event scenarios, player data and a list of units obtained by the player. Only text and audio is available offline, graphics requiring to be downloaded until June 30, 2021.

The game was officially announced at the "2nd SupaRobo Channel" delivered on July 24, 2015. It is the second social game in the Super Robot Wars series, following the 2012 game Super Robot Wars Card Chronicle. Development and management was handled by Sega, and B.B. Studio participated in supervision and scenario production.

Having Chain Chronicle as basis, the main game mode is a tower defense set in four lines where the player uses units to protect the battleship from the enemy units coming the left side of the screen. Later other game modes were included, such as Conquest Mode and Arena Mode. The game was also frequently updated, including new gameplay elements such as voiceovers and new series.

Quest (クエスト, Quest) is the main game mode, a tower defense system similar to Sega's Chain Chronicle. The player uses Battle Units to protect the Battleship from the enemy units coming the left side of the screen in the four lines. The player's team can contain up to seven units, with five active and two reserves. Four active units are selected by the player, with the fifth unit being only available a helper from other players. The two sub-units stay inside the battleship until one active unit is defeated or switch places. Sending an unit inside the battleship will allow it to slowly recover HP. The player wins by defeating all enemies, and loses if the battleship is destroyed.

It is possible to freely browse what kind of organization other players have cleared the stage.

The units controlled by the player in battles, such as Mazinger Z, Strike Gundam, etc. The battle units are classified in five attribute: Attacker, Defender, Shooter, Fighter, and Blaster. They are also classified with different types of rarity and attributes. As the same unit with the same pilot can have different versions, there is a variety of units available. Each unit has a cost to be included in the team, and generally units with a higher cost are more powerful. However, if the total cost exceeds the limit, as penality the abilities of all units in the team will go down by the same amount as exceeded cost value, and the effect of Support Units will be disabled. The maximum cost increases as the player's rank rises.

Each Battle Unit can have one Support Unit equipped to obtain extra effects such as increased Attack Power, improved movement speed, etc. Effects vary depending on the Support Unit. There are no restrictions to Support Units, being possible to even include a Support Unit that is the same as the Battle Unit's pilot.

At the beginning of the quest it will raise the abilities of the ally units with a skill, and it can accommodate damaged units to gradually recover the unit's HP and replace with other units. The player is defeated if a Battleship's HP becomes zero. 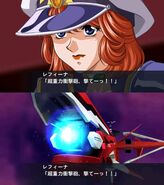