In keeping with the medieval theme of the Fury , the Raftclans evokes the image of a armor suit, similar to its predecessor, the Vorlent. In the game, the player's characters encounter three different Raftclans units. It is also piloted by Al-Van Ranks, Fu-Lu MuLu and Jua-Mu Dalbi.

Only in Super Robot Wars J the Raftclans is piloted by either Touya Shiun or Calvina Coulange, the two original pilots in the game. They are assisted by Festenia Muse, Katia Grignarl and Melua Melna Meia, though only one of them can accompany the pilot in battle. The main pilot handles attacking and combat, while the subpilot handles the rest of the functions.

In Fury deployments, the Raftclans is assigned to leaders of attack squads, and are piloted by Fury Knights - pilots of exceptional skill and rank, or any pilot at the level of Fury Knight. As a point of pride, each Raftclans is customized for its pilot's tastes and fighting style. Fu-Lu Mulu has a white Raftclans, Al-Van has a dark gray one, and Jua-Mu's is maroon. Only 4 Raftclans units were produced: 3 belonged to the Fury, while the last unit was hidden by former Fury Knight El-Selda Shun, which was unveiled after either Touya's or Calvina's Vorlent was heavily damaged by Al-Van, as they defended the ORB Union from attack. This Raftclans is bluish-violet in color.

The Raftclans is intended to be an upgraded Vorlent. It carries additional weaponry that a Vorlent, or any Fury enemy unit, would not be able to utilize, such as a multi-purpose rifle, shoulder cannons, and a shield that can be transformed into a claw. Like the Vorlent, the Raftclans is equipped with a Larseilam Canceller, a device which negates the Fury's ability to stop time, their favorite tactic when engaging enemies and leaving no evidence of survivors, a Cytron Control system, which allows a subpilot to interface with the machine and enhance its performance in various ways, depending on the subpilot, and an Orgone Cloud, which acts as a barrier that can negate damage at times, allowing the machine to do a short time-space jump, effectively evading any attack thrown at it, no matter how accurate the attack is, and ignore terrain and enemy unit formations when moving. 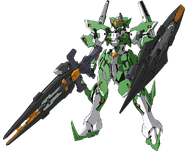 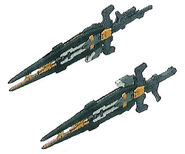 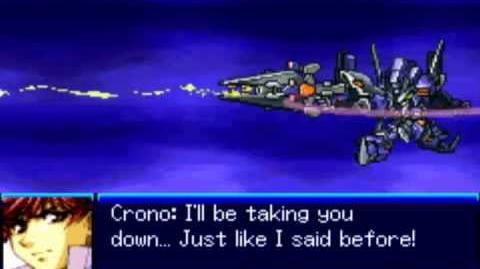