The Bellzelute is a slender, frail-looking unit and is built for speed and mobility. It is blue and white, with gold highlights. Its concept faintly echoes that of the Weiss Ritter, another mobile flight-type humanoid weapon, built around a multi-mode gun.

The Bellzelute is piloted by either Touya Shiun or Calvina Coulange, the two original pilots in the game. They are assisted by Festenia Muse, Katia Grignarl and Melua Melna Meia, though only one of them can accompany the pilot in battle. The main pilot handles attacking and combat, while the subpilot handles the rest of the functions.

In an attempt to infiltrate human society and begin planting the seeds for their eventual domination, the Fury sent several of their knights undercover with the intention of working alongside the humans and learn about their technology. Two of these knights were Al-Van Ranks and his subordinate, Jua-Mu Dalby. During that time, they began working on Ashalley Kreutzer's project of mobile weapon development. The data they collected would be later used in creating their prototype mobile weapons. Later, Al-Van led the attack to destroy the facility, with the intention of annihilating all traces of the project for the Fury. However, one staff managed to survive: Calvina Coulange.

Franz Zeppelin was a human who was involved in the Bellzelute's construction (as well as the Coustwell, Granteed, and Vorlent, depending on which machine the player chooses to use in the beginning of the game). He was a good friend of Touya Shun's father. At some point, he and El-Selda Shun, Touya's father, decided to betray the Fury and provide some hope to the Earth by helping Festenia, Katia and Melua escape from their confinement. Knowing his life wouldn't last long, he programmed a disk with his artificial intelligence, so the pilot of whichever machine was chosen, could ask about his purpose.

The three subpilots managed to escape. However due to their poor piloting abilities, they could not escape far enough without being caught. In the end, they crashed near the protagonist's whereabouts (in Touya's route, they would crash land in his school during one of Dr. Hell's attacks; in Calvina's route, they would appear while the Nadesico is engaged in combat). During the commotion, the Bellzelute reacts to the protagonists. Touya or Calvina are forced by the circumstances to pilot the mech, and turn out to be particularly adept at it. Later, they become the lone pilots allowed to utilize the machine.

The Bellzelute would serve as the protagonists' personal mech for first half of the game. Its ranged weapons, speed and maneuverability dictates hit and run sniping tactics, as it does not have much armor to fall back on in case of a hit. However, during the fight to protect Orb, it would become heavily damaged in a battle with Al-Van's Raftclans. The Bellzelute would later be upgraded into the Bellzelute Brigandy, sporting a transformable exoskeleton/heavy weapon add-on.

The Bellzelute is designed for mid-range to long-range combat. Its extended range and high agility means that it can fire at its targets, dodge the return fire, and dash away to another advantageous position. It is flight capable, both in space and in an atmosphere. It carries three main weapons for use in different systems. Of the three starting original mecha, it is the fastest, but most fragile ranged combat unit, and it is the only one among them with a MAP weapon, a weapon capable of striking multiple non-adjacent enemies. This is to compensate for its lack of a "free" melee weapon that can hit enemies in a line.

There are two pieces of special equipment present in the machine. The first is the Larseilam Canceller, a device which negates the Fury's ability to stop time, their favorite tactic when engaging enemies and leaving no evidence of survivors. The second is a Cytron Control system, which allows a subpilot to interface with the machine and enhance its performance in various ways, depending on the subpilot. While the Bellzelute doesn't possess the Orgone Cloud ability, the Bellzelute Brigandy does. The Orgone Cloud acts as a barrier that can negate damage at times, allowing the machine to do a short time-space jump, effectively evading any attack thrown at it, no matter how accurate the attack is, and ignore terrain and enemy unit formations when moving. 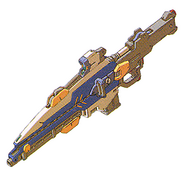 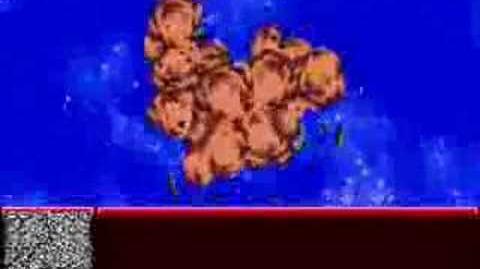 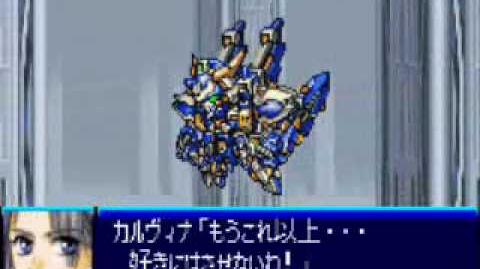