Its theme song is entitled "Kokuu Kara no Shisha" (虚空からの使者), which translates as "The Messenger From The Void", but alternatively means "Herald of Oblivion".

The Astranagant is jet-black in color, with red highlights on its head, arms, legs, and chest. Its body is slender and insectoid. Its wedge-shaped head is mostly featureless apart from a pair of blood-red eyes with dull metallic highlights around them. The Astranagant sports segmented, telescoping projections on its back that emit greenish psychic energy to form ghostly, feathered "wings". Its weapons are mostly self-contained -- its only handheld weapon is the Z.O. (Zfylud Orihalconium) Sword.

The Astranagant is designed and piloted by Ingram Prisken, an Aerogater spy , who is sent to infiltrate the Earth Federation's Military .After joining the military as an undercover Decid becomes the leader of the SRX Team -- it is the team which is chosen by the Federation High Command to combat the invaders. Ingram later betrays the SRX Team by shooting the R-Series' SRX during executing the combination sequence, almost killing Aya Kobayashi in the process. After Ingram returns to the Aerogaters, he will appear as an enemy unit. In one of the missions Ingram appears in, he nearly kills Ryusei Date, one of The SRX team members. However, Ingram and his Astranagant can be convinced to side with the player in the last mission of  Super Robot Taisen Alpha.

In Alpha Gaiden, the Astranagant appears in the future as the core of the Ancestors' Aurgelmir. The Astranagant bursts out of the Aurgelmir's belly when the latter uses its most powerful attack, the Dogma Blaster.

In Alpha 3, the Astranagant appears in the first mission of Cobray Gordon's story. Although badly damaged, it seems to come alive and assimilates the Varuch Ben, transforming it into the Werkbau and erasing the pilot's memory in the process. As the game progresses, the Astranagant completely takes over the unit and becomes the Dis Astranagant, a redesigned version of the original Astranagant. This would be the first time the Astranagant has shown the capability of evolving into a higher form, when fused with another mecha, if the Astranagant's power is found to be insufficient. The second demonstration of this ability occurs in the fusing of the Astranagant and the SRX in Divine Wars, it was transformed into the DiSRX, though the effect is only temporary. 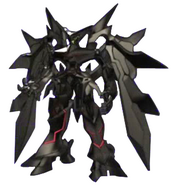 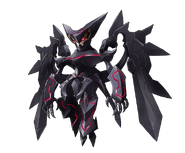 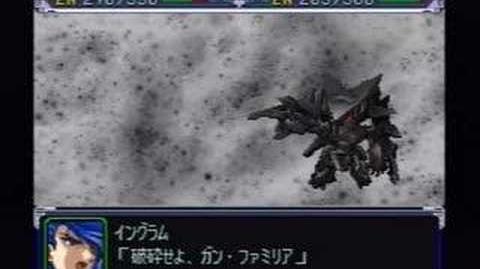